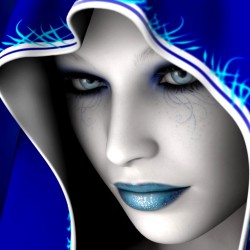 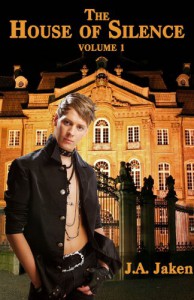 I didn't think I’d like this as much as I did, but I got sucked into world of The House of Silence. The story is set in an alternate universe where we follow the rent boys of an elite bordello. It is well-written and intriguing. I was instantly drawn in to the world and lives of the House of Silence. The vivid descriptions set the tone of the book beautifully.

Here we meet Danny, Vincent, Tam, and Reiji. They all have unique personalities and a past that won’t let them go. I’m not sure when it happened, but each of these guys slowly got me to care for them.

The book starts off almost like a “day in the life” of a rent boy. The POV’s constantly change; we hear from each of the rent boys and sometimes from a couple of the prominent clients, namely Ander and Aburon. I’m not a big fan of POV shifts, but I think it completely works in this book. At first, I was put off by the format, but then as I read on, I realized how much I was learning about each of the characters. Danny is shy, sweet, and gentle. Tam is friendly and always there to help someone, while Reiji has a bit of a temper and is quick to fly off the handle (I heart him).

I felt so bad for him at the end when he kissed Charon. It was so sad to see Reiji clinging to him. I know his feelings for Charon are going to lead to his downfall.

Then there’s Vincent. He’s a submissive masochist that has an air of sadness constantly surrounding him. Oh, how I love Vincent.

Now onto Charon Marque, the master of The House of Silent. I have very mixed feelings about him. He’s a bit of a contradiction. He is a business man through and through. He always has his head in the books and his eye on the bottom line. He is also portrayed as putting the safety of his boys above everything else. He protects them and has a knack of setting up the clients with the perfect companion. He takes his responsibility extremely seriously. He supposedly values his boys. This point is drilled home throughout the book. All his boys trust him and there's a feeling with them, that above all else they want to make Charon happy and proud. Now here’s my problem:

In the past, Charon made the mistake of pairing Reiji with Montgomery, who's described as a sadist of incomparable cruelty. Even though we don't know the details of what happened, Montgomery obviously hurt Reiji. Charon claims this is his biggest regret. Now, knowing this, why would he put Danny in such a terrible situation with 3 clients who clearly forced Danny into things he did not want to do? This doesn't show me that Charon cares about Danny or how much he values and protects him. Yes, it is somewhat explained later in the book, that this made Danny stronger and more confident, but I don't believe it. It's a weak excuse for what Charon did. Danny even admits recognizing Charon's emotional manipulation, but I guess it's ok because he had worse in his life? And don't tell me Charon doesn't see what he's doing.

This disappointed me and now I'll always question where Charon will draw the line.

The plot really doesn't get going until about 65%. The political intrigue and the suspense gets kicked into high gear, and we follow the MC’s while they try to protect one of their own.

My only other complaint was sex fest at the end of the book. Most of the sex in the book had a purpose. It told us who the characters were, and built-up their stories, but the last 10% of the book was a throwaway. The only moment that held any consequence was what occurred with Reiji. Other than that it was a waste.

For the most part I really enjoyed this book and I can't wait to see what happens to everyone, especially my Vincent!

Warning: There is a lot of sex and some of it is dub/non con. This is NOT a romance.